In the lead up to the announcement of the UN Sustainable Development Goals in September, I had the opportunity to host a conversation with Julia Gillard, chair of the Global Partnership for Education and former prime minister of Australia, at the Council on Foreign Relations.

Education was the focus of our discussion: education as a security issue, a foreign policy priority, and a development imperative when it comes to the fight against global poverty. The conversation spanned topics including the relationship among education, national security, and radicalization—and the urgency of creating hope among a young generation of children displaced by conflict and upheaval—to the role of the private sector in funding education initiatives and the battle to end child marriage. These topics are inextricably linked, and the role of education is central to any development, security, or economic growth discussion. Yet often these conversations remain in silos. Part of the roundtable’s discussion was aimed at the question of how to break down those barriers among policymakers.

“Maybe girls aren’t in school because they’re expected to get married and become mothers while they’re still teens—or even earlier.”

How is education tied to terrorism and national security? In the words of Prime Minister Gillard, “anger is disappointed hope,” and when children in refugee camps see themselves with no future, no possibility to improve their lives peacefully, extremist narratives catch hold, and the process of radicalization begins.

The White House recently focused on girls’ education in a high profile event where President and Mrs. Obama unveiled the new Let Girls Learn initiative. As the president said in his weekly address, “I’m convinced that a world in which girls are educated is a safer, more stable, more prosperous place. When girls are educated, their future children are healthier and better nourished. Their future wages increase, which in turn strengthens their families’ security. National growth gets a boost, too. And places where women and girls are treated as full and equal citizens tend to be more stable and more democratic.”

Education is also linked to child marriage. For adolescent girls in some parts of the world, their parents may choose marriage over education. For them, the discussions of child marriage and education are not separate—they are one and the same.

As President Obama noted in a White House event to launch the Let Girls Learn initiative, “Maybe girls aren’t in school because they’re expected to get married and become mothers while they’re still teens—or even earlier. Even today, in too many parts of the world, girls are valued more for their bodies than for their minds. That’s not just antiquated. It’s not just a bad strategy for any country that’s serious about growing their economy.”

Continued the president, “We know that when girls are educated, they’re more likely to delay marriage. Their future children, as a consequence, are more likely to be healthy and better nourished. Their future wages increase, which, in turn, strengthens the security of their family. And national growth gets a boost, as well.”

And in order to make a real impact in the lives of girls and women—and boys and men—on the ground, barriers preventing girls from staying in school must be tackled. The fight to keep girl children from becoming child wives and child mothers must be won. And to win these battles, policymakers must address the challenges of national security, child marriage, and education as one. 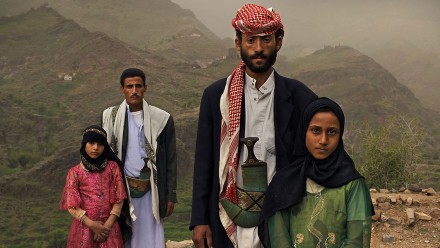